Based on the Microfluid process, the systems make use of media as conveying vector for the 3D printed objects, while the surface finishing is performed by in-house developed abrasive gels, capable to reach the most hidden features of the processed parts.

Depending on customers’ needs, the SurfPros can work as standalone systems as well as in conjunction with our VirboBlasts (to even the surface rugosity before the finishing process) and with electrochemical systems.

Not your average Vibratory finishing system

Whether you effectively need to process a large number of 3D printed parts (which is a typical SLS and Binder Jetting scenarios) or a small batch (FDM or SLM scenarios), the process is the same: parts have to be processed through different abrasion stages, from the most aggressive to the gentler.

Usually, the process requires up to 4 vibratory systems, each loaded with different tumbling media, and the parts have to be manually moved from one machine to another every time a cycle ends.

Or, you could have just one machine, and replace media between each step (after a careful cleaning), but that’s an even less optimized workflow, economically inefficient.

What sets the SurfPro Systems apart from the other finishing systems, is the Microfluid technology, which brings multiple advantages. 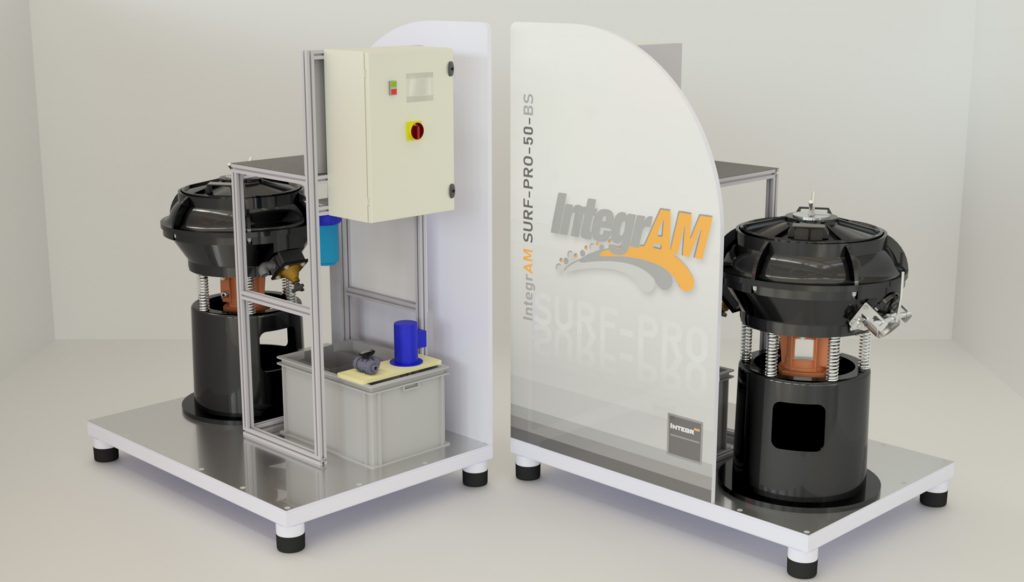 The SurfPRO BS, the entry level of our surfacing tools, is developed for wet finishing processes / surface roughness attenuation. 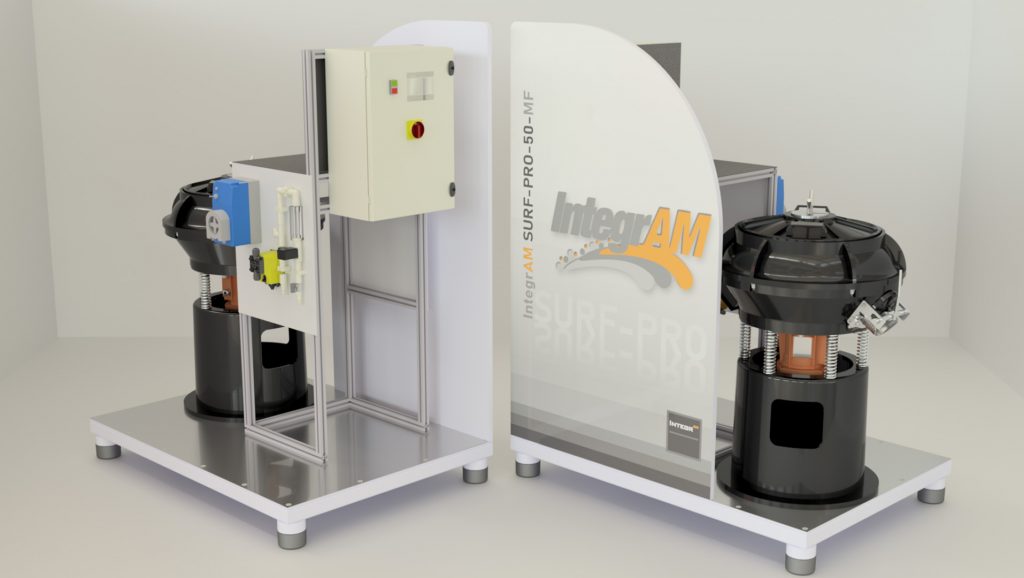 The SurfPRO MF allows operating MicroFLUID (Patent pending) multitasking processes. The use of this technology allows using a single machine and a single finishing media instead of multiple machines / multiple media types. This, thanks to an automatic gel-dosing system that allows to seamlessly pass through three different surfacing stages: from very abrasive to medium abrasive to polishing.

The SurfPRO MS-WB – MultiSTEAM Wet BLAST line of machines allows to operate processes of attenuation of roughness with the help of steam, even wet blasting with surface sanitation processes (Patent pending) – the use of this technology allows to use one single machine for differentiated, multipurpose tasks.

We use cookies to optimize our website and our services.
Manage options Manage third parties Manage vendors Read more about these purposes
Preferences
{title} {title} {title}